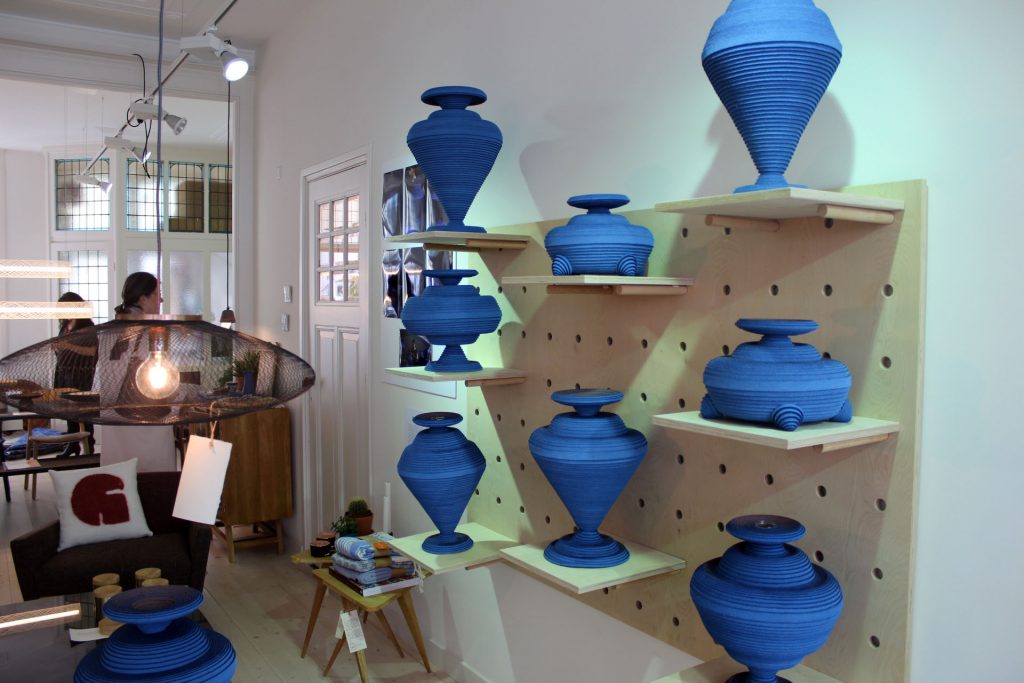 Referencing the first man-made pigment that was developed as early as 2600 BCE, Blue Alchemy is the new bright blue edition of Siba’s iconic felt vases. The ancient Egyptians held the colour blue in very high regard because it was considered the colour of life, fertility, and rebirth. Since the semiprecious blue stone lapis lazuli was rare and extremely expensive, craftsmen desired to imitate the hue. The discovery of the first synthetic pigment emerged from the production of glazed ceramics because the raw materials (silica, lime, copper, and alkali) were the same. Following its discovery, the use of the synthetic pigment spread throughout Mesopotamia, Greece, and the far reaches of the Roman Empire. ‘Egyptian blue’ had a strong influence on European art and was applied to, amongst others, the wall paintings of Pompeii. After the Roman era ‘Egyptian blue’ fell from use and the process of its creation was forgotten.

With her collection of seven felt vases, entitled Blue Alchemy, Siba revives ‘Egyptian blue’ and takes us back to an ancient pottery workshop that served as a laboratory for alchemical experiments. Siba’s vases are made by hand from coiled coloured felt strips. An enlarged glass tube is placed in each felt vase, allowing it to hold water. http://www.sibasahabi.com/Blue-Alchemy